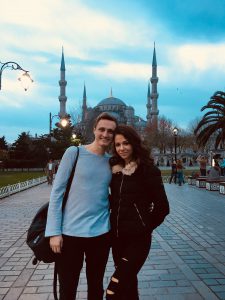 Seeing some sights in Istanbul

Readers of this blog will have gathered that the writer likes to find a life lesson to pass on to skating enthusiasts, especially those with competitive ambition.

Today’s is no different but this is the kind that is most commonly experienced but rarely written about in a positive context; Simultaneously making the grade and missing the goal.

Enter the competitors Mina & Chris. Starting their competitive season very late due to a year out from serious reconstructive shoulder surgery (for the second year as first surgery was unsuccessful), these two set the goal of gaining the qualifying for the European Championships.

In only 12 weeks they have gone from first stepping back on the ice, to attaining and exceeding their goal to hit the Euro scores. 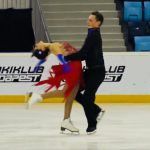 Here comes the life lesson part; in some seasons the planets align for others. That combination of timing, good fortune & fate (I list these because highly competitive athletes all train hard).

It is more common in sport/life to do everything that could be done, achieve an amazing feat and have no fanfare or ticker tape parade thrown for you. To earn the spot of reserve for the Euros is a bittersweet accomplishment.

At times like these an athlete really must reflect on the gains they have made and take the time to acknowledge their progress.

And so, this is a salute to the meteoric score progression of Mina Zdravkova and Christopher Martin Davis in their skating season 2017. 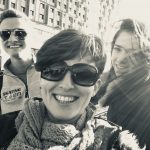